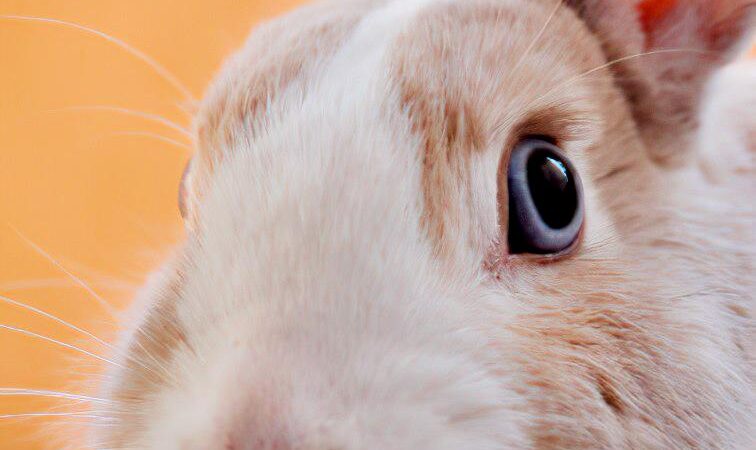 One of the first things that new rabbit owners have to decide upon when bringing a new rabbit home is what to call them. Rabbits make great pets and they will recognize and respond to their name as long as you keep it simple and under three syllables. This rule also applies to naming cats and dogs. Three syllables with hard consonants make it easier for your pets to realize you are addressing them specifically.

In this article we look at a range of different possible rabbit names – some drawn from popular culture, as well as color-themed or food themed names.

What are some of the most popular rabbit names?

Rabbits have been popularly represented in both literature and films for many years from the enigmatic White Rabbit who guides Alice through Wonderland, Disney’s Thumper (Bambi) to Warner Bros’ Bugs Bunny.

American online pet supplies retailer, Chewy recently did a survey and came up with the following Top Ten rabbit names:

The purpose of the above list was to give you an idea of how rabbit owners come up with names for their pet rabbits.  Inspiration can come from popular culture (films and television), the natural world, color-themes, descriptive words around rabbits (and their behavior), regular people’s names (like Ruby or Daisy or Bella) or combinations of all these.

Before coming up with some naming ideas, let’s consider some useful facts you should know before choosing a name for your rabbit.

Do pet rabbits recognize their names?

Rabbits are quite intelligent pets and they have a good memory. You can teach them to respond to their names when called. A good practice is to find a rabbit name with three syllables or less which also has some hard consonants like Ts and Bs and so on.

Some rabbit owners claim that it will take around two months for your rabbit to learn and respond to their new name. The key is consistency and repetition and rewarding your rabbit with treats. Your rabbit has to hear you addressing them by name several times a day (every day) before they understand that you are addressing them specifically.

After you call your rabbit and he/she hops over to you, you must immediately reward your bunny with treats and affection. Consistent and positive reinforcement teaches your rabbit that responding to their names produces rewards – in the way of either pats and/or food treats.

You can find inspiration and ideas for your rabbit’s name quite easily. In fact, there are numerous websites with different themes and strategies to help you come up with the most appropriate name for your rabbit.

We’ll start by considering rabbit names inspired by pop culture, then color-based and food-themed names and you will find that some categories will overlap.

The Twilight film franchise and the Harry Potter films provide an excellent starting point to inspire rabbit owners to find the best name for their furry friends.

Fans of Twilight might want to name their boy and girl rabbits Edward and Bella. The Harry Potter stories have an endless array of creative names for characters (and creatures) which you can also choose from such as:

The beauty of all the names above is that they are reasonably short (less than three syllables) and can easily be recognized by your rabbit.

Popular shows from the 90s such as “Buffy the Vampire Slayer” also produced some great potential rabbit names: Buffy (female heroine of the show); Willow, Faith, Amber, Angel, Spike or even Cordelia. In general, shorter names are better though with two to three syllables for your bunny to remember and respond to.

Other popular culture rabbit names include the most famous rabbit of all: Bugs Bunny. Or you could choose a humorous spin on a film star’s name which has bunny overtones such as “Anthony Hopkins”. Popular culture references will produce an almost endless supply of potential rabbit names including Roger Rabbit, Jive Bunny, Peppy Hare or even Jon Snow (Game of Thrones) – which is a cool name for a white rabbit.

If instead you want to name your rabbit based on its color and appearance, a color-themed name is a good choice. For gray rabbits you could choose:

If you have a black or chocolate colored rabbit you could name him or her any of the following:

You can find black rabbits in various different breeds including English lop rabbits, Polish rabbits, French Angora and Lionheads as well as many other breeds.

Color-themed names give you an unlimited amount of ideas to name your rabbits.  In the section below we consider some wacky food-themed bunny names for you to think about.

This list is really only a potential snapshot of the possibilities you could find in coming up with a food-themed rabbit name. If you run out of ideas, open your kitchen cabinet and have a look at some of the foods on your shelf for additional inspiration or even after a trip to your local supermarket.

Rabbit breeders who are planning on showing their rabbits might apply a different methodology to that suggested above when naming their show rabbits. They might decide to focus on rabbit names from classical literature rather than choosing a humorous name to give their show rabbit more gravitas.

At the end of the day, it really doesn’t matter what you call your rabbit as long as they recognize the name and come to you when called. Rabbits are intelligent creatures and their long ear length means that they can hear any sounds even from as far as two miles away.

Rabbits will also associate sounds with behavior and responses – either good or bad. Your indoor rabbit can hear you crinkle that food packet and they may come hopping over to you for food treats. When you address your rabbit, always speak quietly (yet firmly) and use an affectionate tone of voice. This teaches your rabbit that you are a safe person to approach and they come to understand that they will be rewarded with either food or affection if they approach you.

The way the name sounds to your rabbit and it’s length is important. Names which are less than three syllables with some hard consonants (there are 21: B, C, D, F, G, H, J, K, L, M, N, P, Q, R, S, T, V, W, X, Y, and Z) are easiest for your bunny to understand and respond to. So regardless of whichever rabbit name you eventually settle upon, focus on choosing a name which best matches their appearance and personality.